Five outstanding individuals were recently recognized by the Law Student Division of the American Bar Association for his or her hard work, dedication, passion and enthusiasm displayed over the last year on the Law Student Division board. The awards given were the Star of the Division awards, the Silver Key award and the Gold Key award. These highly sought after awards were bestowed upon individual’s who have dedicated a year of service towards the betterment of the ABA and the law profession as a whole.

Star of the Division Award

This award recognizes individuals’ service, leadership, commitment, and hard work on behalf of the law students of this country. 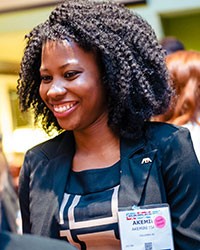 Kem served diligently on the Resolution and Advocacy Committee and the Operations and Publications Committee, as well as, took part in the successful super-circuit Fall Leadership summit. Kem dedicated last year to community service and organized multiple school supply drives. Hard work, planning skills and insightfulness are all credited to Kem’s success as the Fourth Circuit governor. 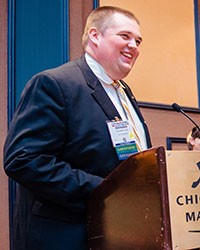 Richard served faithfully on the Governance Restructuring Committee, Elections Committee, Public Interest Committee, and the Uniform Bar Exam Committee. His commitment came through with his successful fall roundtable meeting. Richard’s work with the board demonstrated his inquisitive and action-oriented nature and that is why he is one of the Star’s of the Division. 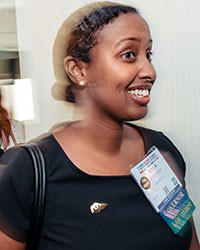 Ayan did extensive work on her spring circuit meeting that attracted 95 registrants while also acting as chair the Resolutions and Advocacy Committee and producing strong turnaround regarding her obligations for the ABA Law Student Division. She also served on the Membership and Advocacy committee, Website committee and Public Service Loan Forgiveness committee. She was especially respected for her dedication to public service work that she did as an intern for the Department of Justice. 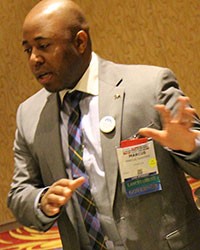 Marcus says: This year, I learned that being a student leader goes beyond what we do on the Board of Governors and has a reaching impact on the profession.  For example public service loan forgiveness, Uniform Bar Exam, and student pay for externship credit are all issues tackled by law students but drastically shape the legal professions landscape.

Marcus hosted a fall roundtable in combination with four other governors while also focusing on the importance of networking with other law students and legal professionals in his district. He served on the Operations and Publications committee and he was recognized for his responsiveness and his awareness of the issues facing his circuit.

This individual has demonstrated the highest degree of service, dedication, and leadership to the Division; and has conscientiously furthered the Division’s purpose of achieving solutions of problems that confront today’s society; and has strengthened law student participation in the programs and activities of the Division; and has encouraged the educational and professional development of law students. 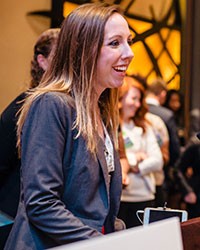 Jordan says: “Serving as a Governor challenged me, and helped me grow to be the best lawyer I can be.  I look forward to future opportunities in the ABA, and I’m so excited to see what the new Board accomplishes.”

Jordan was consistently active with both the board and her home circuit. She was the chair of the elections committee, organized programming for the fall board meeting, participated in the #Loan4Giveness social media campaign, developed substantial circuit programming and produced a circuit newsletter. Jordan authored substantial reforms to the Law Student Division Board of Governors Elections Code including enabling more candidates to run for positions who might have been previously constrained by travel costs or lack of funding, and $30,000 of cost savings for the Division. Her participation in the “Save #Loan4Giveness” campaign earned her a spot to be honored in Washington at the ABA Grassroots Advocacy Awards Capitol Hill Reception in April. Overall, her professional and well-rounded involvement with the board made her the most-deserving candidate for the Gold Key Award.

The Law Student Division of the ABA is proud to call these members, and all other members of the Board of Governors, part of the greater mission to address law students’ concerns across the nation. The new Board of Governors was sworn in on March 13th, 2016 and is chaired by Kareem Aref and vice-chair Marcus Sandifer.