In March, the Standing Committee on Legal Assistance for Military Personnel hosted a law student and veteran attorney networking event at the George Washington University Law School.  The night brought together individuals who share a similar passion for veterans law and for providing legal assistance to service members and veterans.  Some attorneys talked about their previous experiences as Judge Advocate Generals or their current experiences working for places like the U.S. Department of Veterans Affairs or in private practice, while one judge spoke about her experiences on the bench at the Court of Appeals for Veterans Claims.

The event atmosphere was informal so that the attendees would spend the evening networking among themselves, sharing stories and offering advice to law students who wish to pursue a future in military or veterans law.

For a law student, networking with attorneys who are in the field that you want to enter is a golden opportunity. Many people think that networking is just about securing a job, which one third-year law student at the LAMP networking event expressed. He said that his friend brought him to the event, so he was just going to grab a drink and hang in the corner. He already has a job lined up for after graduation, so he didn’t need to meet anyone. While many people network to get a job, that’s not the only reason to meet new people. Networking as a law student, regardless of whether you have a job or not, is an opportunity to make use of the strength of weak ties.

In 1973, sociologist Mark Granovetter published an article entitle “The Strength of Weak Ties.” One of the most influential sociology papers ever written, the article was based on Granovetter’s prior research that interviewed 100 people and found that many job opportunities come from acquaintances (weak ties), not necessarily friends (strong ties).

So how does this translate to networking for law students – particularly the disinterested 3L? Attending a networking event shouldn’t just be seen as a way to find a job but rather a way to create new connections and expand your professional network.

Creating connections with people at a networking event opens up those individuals’ networks to you. Many times I’ve met someone at a networking event who has later introduced me to one of his or her colleagues. While these new connections may lead to job opportunities in the future, they’re also great for finding experienced attorneys who can be a mentor or adviser as you pursue your own job leads.

So how do you network effectively? It’s simple: take advantage of every networking opportunity you have. Approach each opportunity as a chance to meet new people who are in the field you want be work in and who can help you create professional connections. If you only approach networking events as a means to an ends for finding a job, you may be frustrated or disappointed when it doesn’t work out.

So go, meet new people, get business cards – and most importantly follow up. Following up with someone you met at a networking event is crucial for creating the professional connection. A quick email leaves the door open for future communication, and you never know if the person you chatted with over hors d’oeuvres and pro bono wills for veterans may become the biggest mentor for your legal career or introduce you to someone who will help you start your career. 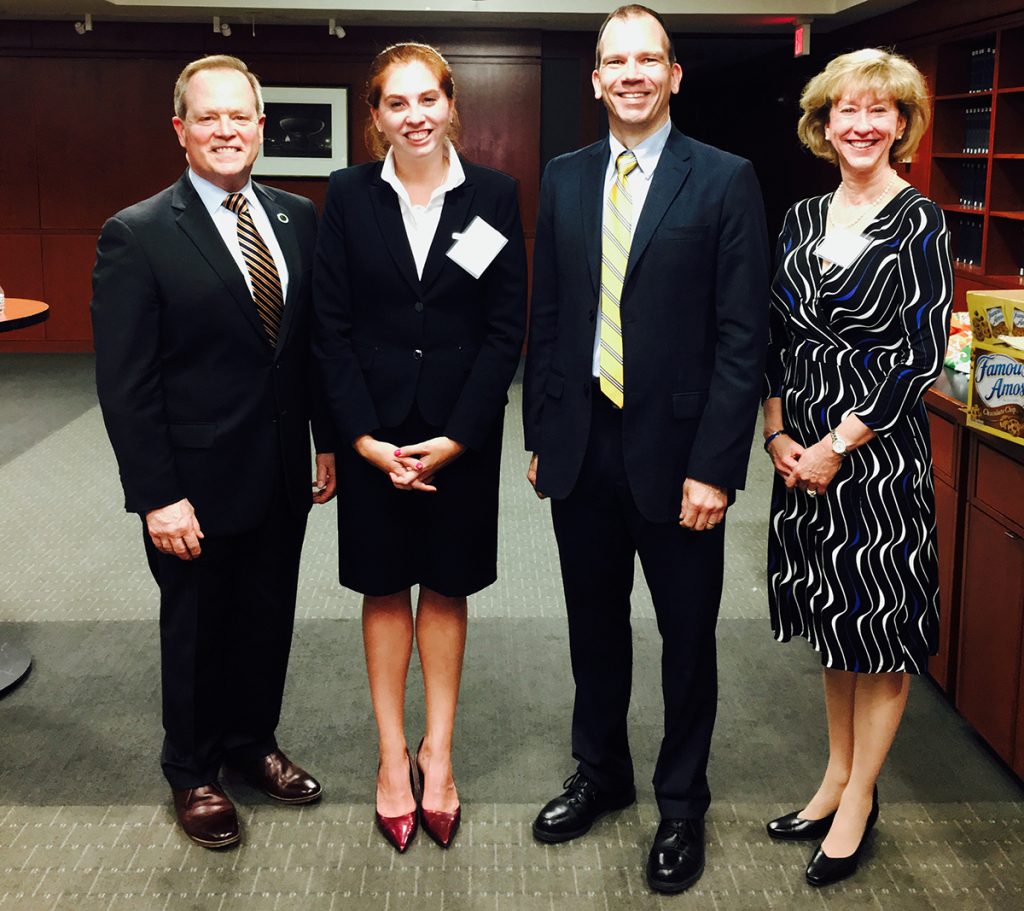