Fear not, law students. We’re past the halfway mark of states adopting the Uniform Bar Exam – the latest adoption brings us closer to making a non-portable bar score just a ghost from the past.

The most recent state to get on board with the UBE is Oregon! Here’s all the info we have, straight from their bar admissions information page:

Oregon has adopted the UBE. Examinees who take the UBE earn a portable score that can be used to apply for admission in other UBE jurisdictions. Oregon will administer the UBE starting with the July 2017 exam. Oregon will begin accepting transferred UBE scores on August 21, 2017, for scores earned in other UBE jurisdictions in the July 2017 or subsequent exam administrations.

The next state on the horizon could be Illinois, which will be holding hearings next month, according to a Crain’s Chicago Business report from Oct. 18:

… the policy-making body for the Illinois State Bar Association voted 27-0 on Friday to support adopting the uniform bar association, with no talk of protectionist fears, said President Vincent Cornelius. The association wanted young lawyers to be able to carry their law degrees across state lines to pursue job opportunities without needing to retake the bar.

Here in Illinois, out-of-state lawyers who’ve practiced actively for at least three years do not need to retake the bar exam, but those with less experience aren’t so lucky.

The Illinois Board of Admissions to the Bar will hold hearings in November in Chicago, Springfield and Carbondale to gather feedback from lawyers on the proposed switch. The board’s director of administration, Regina Kwan Peterson, said the Illinois Supreme Court could make a decision sometime in the first half of next year.

Will some bar other than the Prairie State scare up their announcement between now and then? Will the state say “no” and turn the hopes of prospective Illinois lawyers back into a pumpkin?

We’ll have to keep you in suspense. Until then, we give Oregon’s courts a … 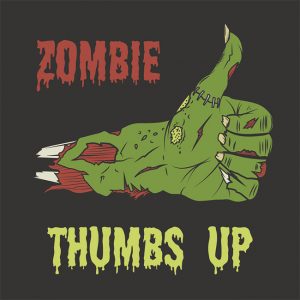 Until the next #UBEWatch update, Happy Halloween to all our law student members! If you’re looking for a treat that will help you pass the bar for the first time, make sure you sign up for our new ABA Premium benefits.