Student Lawyer magazine begins 2017 with a slate of articles on how to do things differently in your legal career. Here’s what you’ll find in the January/February 2017 issue. 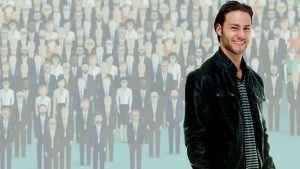 How to resist the allure of a traditional practice
Let those who’ve taken the road less traveled tell you how you might do the same and avoid the pressure to become a partner at BigLaw or an ADA for your local county.

Put your J.D. Advantage to Its greatest advantage
In recent years, the term of art “J.D. advantage” was coined to describe careers that don’t require a license to practice law but for which applicants would be greatly advantaged in the job search process if they’ve earned a J.D. Read on to find out your range of options and insights from lawyers who’ve colored outside the traditional legal career boundaries.

Is politics your passion?

Law students interested in politics often aim to seek elected office later in their career. But what are your short-term options in the political realm, and how do you get hired?

Head of the Class
New ‘developments’ help student keep growing
Hundreds of thousands of real estate agents across the country couldn’t weather the 2008 housing market crash and were forced to find other work. But not Nathan Palmer, a non-traditional student and 2L at Arizona State University—Sandra Day O’Connor College of Law in Phoenix.

I Wish I’d Known: Mark Geragos
I’ve represented the most loved people in the world and the most vilified men in America, often at the same time. And I never wavered in my commitment in fighting for the underdog.

Editor’s Note
Be brave: Take this personal challenge
This issue tackles the question many of us have but are too afraid to have answered. It’s a question chronicled in the work of poet Robert Frost. The question central to this issue is what to do if we decide to take the road less traveled. 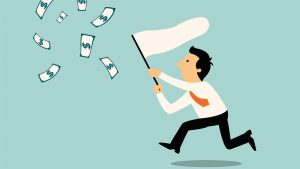 Tuition discounts: The price of free money
Law schools are giving away more money to students than ever before. But that’s not necessarily good news for you today or for tomorrow’s law students. Here’s why.

Going solo: My first division meeting experience
I live in San Diego. What was I doing in Cincinnati? The short answer is that I was attending an ABA meeting for the General Practice, Solo and Small Firm Division.

Law School Nation
News from law schools across the country, including a grant for a domestic violence position, a website targeting the access to justice gap, a new entrepreneurial program, a cybersecurity opportunity, and two new initiatives to combat sex trafficking.