2016 seems to be widely accepted as the first year in history that women enrolled in juris doctor degrees outnumbered men at US law schools – 50.09% versus 49.46%. A small percentage, 0.45%, selected “other” for gender.

We wondered where exactly they’re going to school. Does the east look different from the west? The north from the south? Which schools have the most female law students? We broke it down in our latest infographic. The numbers are a bit surprising!

Demographic breakdowns for individual law schools is available in this chart. 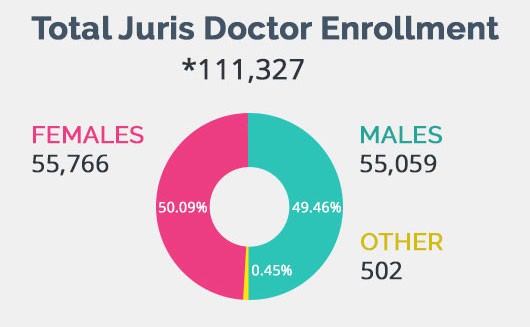 Here are the top 15 law schools by female enrollment:

Looking simply at gender data for law schools in the U.S., there are some outliers that make it really interesting. We examined the total percentages of women compared to men attending law schools in each state. 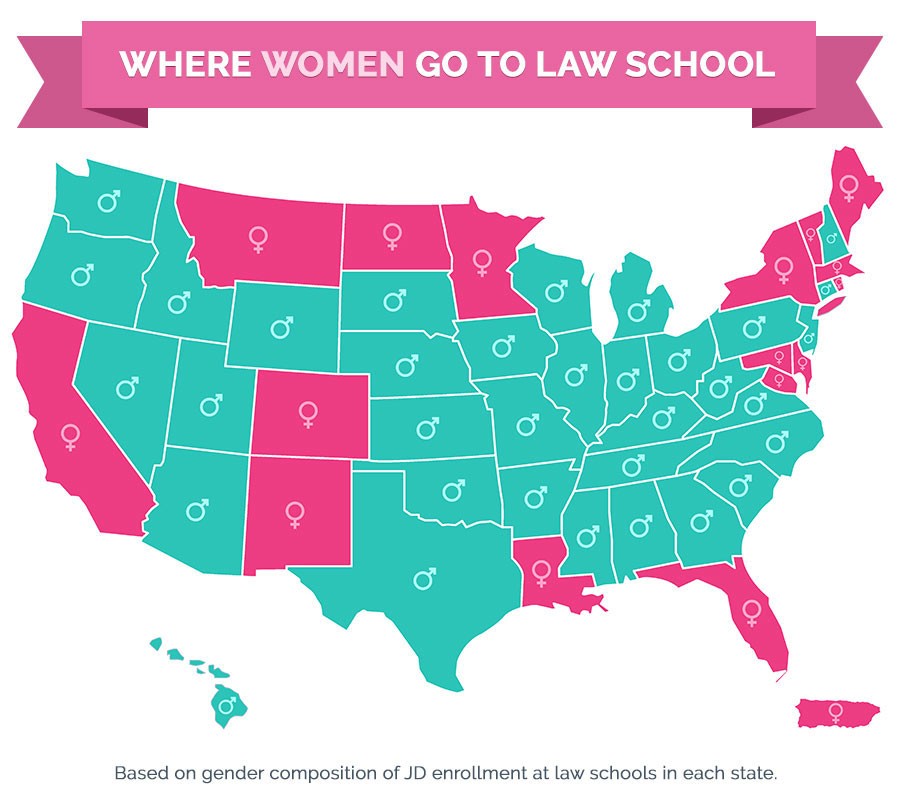 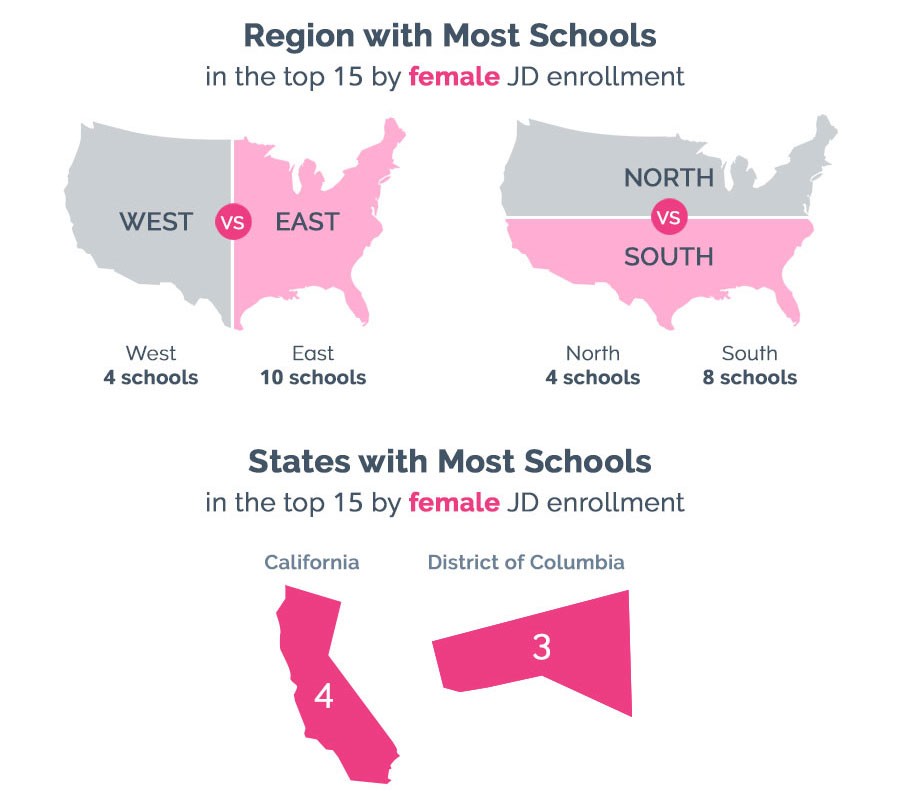 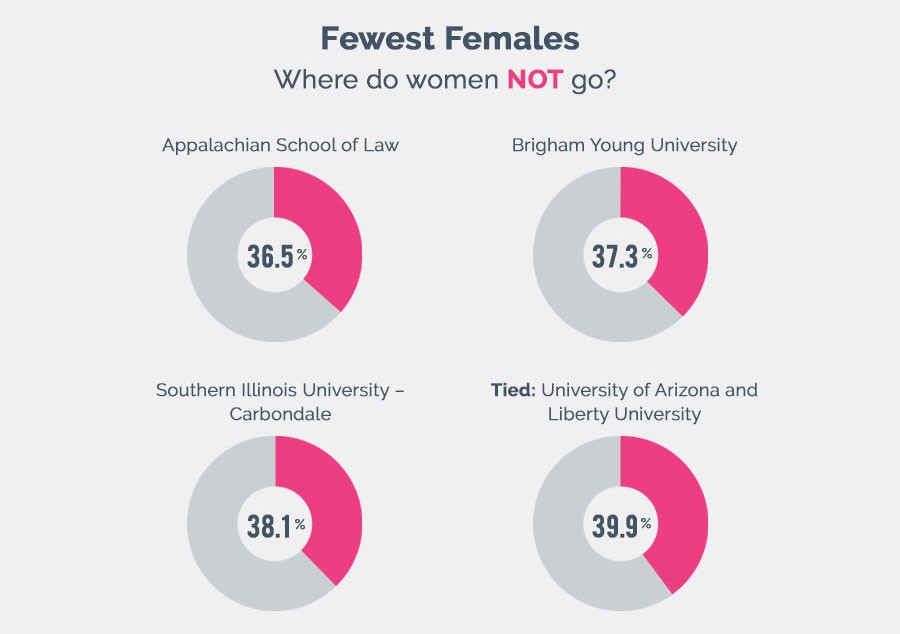 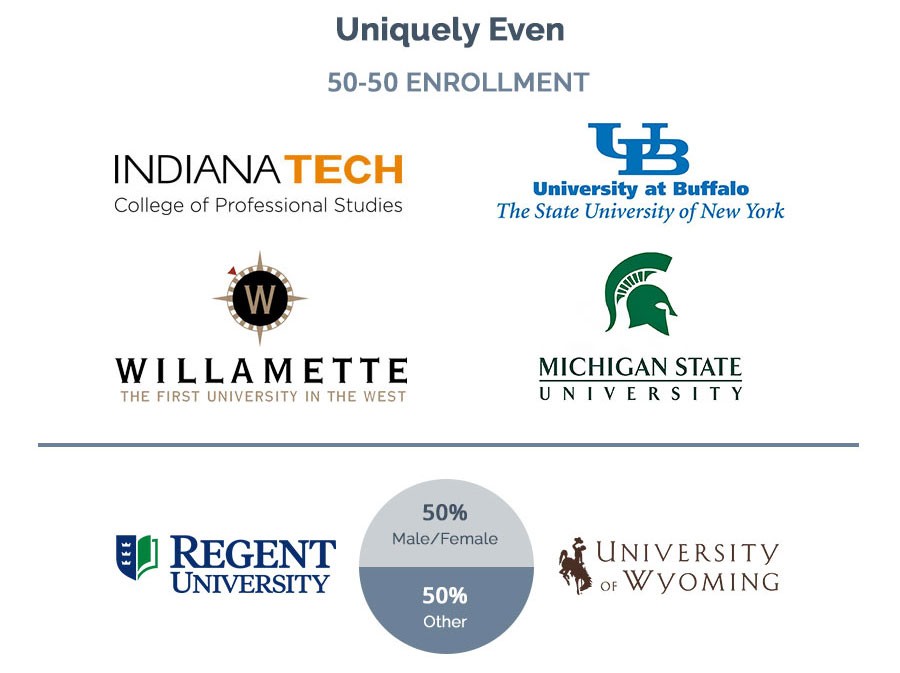 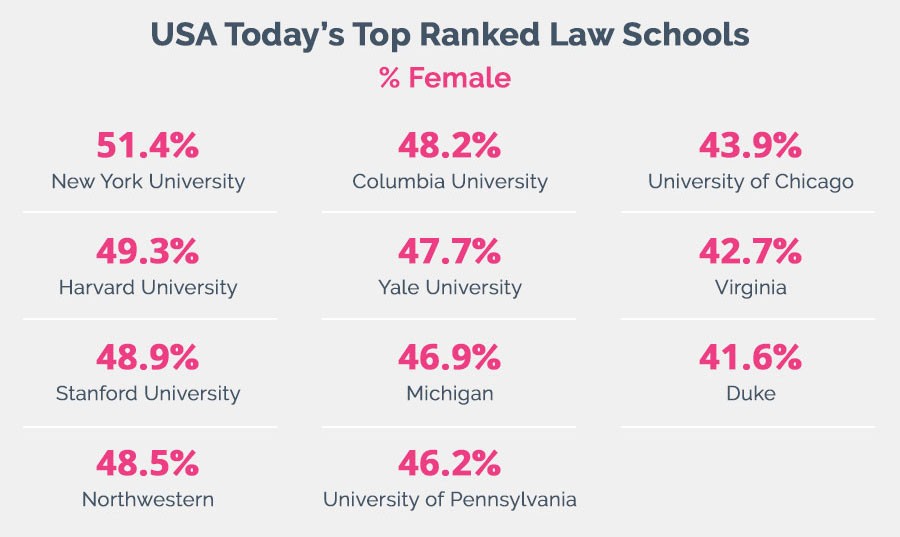 The ABA reported 110,951 total J.D. enrollment as of Dec. 2016. When we looked at the data in March 2017, the numbers had shifted a bit. (The ABA told us that the data reported on their site is live and can be updated at any time by schools, apart from a period when the data is frozen at the end of the year.)