Devices like cell phones, tablets, and laptops can be distracting. When students have access to these devices in the classroom it means that, instead of paying attention to what is going on in class, they might text, snap, tweet, or surf. The distraction can cause collateral damage in that others may then be distracted.

This type of distraction, specifically with laptops, has been going on for more than a decade (As a law student in the mid-2000s, I can attest to the fact that students used laptops in class for more than taking notes.), but law professors didn’t seem to care until a few years ago.

Then came the 2014 New Yorker article about banning laptops because “research shows” that students learn better when they take notes by hand , and using laptops distracts not only the user but others around her. However, the study was based on a lecture-style class and didn’t address pedagogy at all. Lecture-style teaching is one of the most ineffective teaching methods so the study seemed a bit one-sided. I looked to see if there was anything written about laptops and pedagogy, and I found lots of information about the distractions caused by laptop use but instead of advocating for a complete ban, the articles discussed how to integrate technology into the classroom, suggestions for adjusting teaching methods to incorporate technology, and the importance of educating students how to use devices and to make informed decisions about their learning.

At first I was surprised at how quickly the laptop ban was adopted, not just in law schools, but across higher ed. Professors were talking about the importance of the learning environment and expressed concern about distractions caused by laptop use. Even though we claim to embrace change and new ideas, the reality is that we don’t like it. 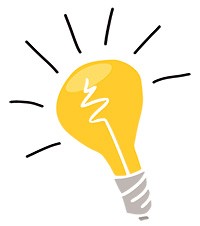 Change is a little scary because we have to try something new. It’s easier to keep doing what we’ve always done because it’s familiar and comfortable and…

Banning laptops is about professor insecurity, not student learning. When professors issue unilateral laptop bans, the professor doesn’t have to change at all, the student does. Instead of thinking about pedagogy and the effectiveness of the teaching method, it shifts the blame onto the student. “It’s not my fault students are learning. It’s their fault because they use laptops.”

The most powerful evidence that laptop bans are about professors and not students is the impact it has on students with learning (or other) disabilities who receive accommodations like being able to use a laptop. I cringe every time a professor *justifies* a laptop ban by claiming that if a student truly wants to learn, he or she shouldn’t mind people knowing they have some kind of disability. This is wrong on so many levels. Under the ADA, students do not have to disclose their disability to other students and when professors have a “no laptops unless” policy it forces the student to choose privacy over learning.

Professors too quickly dismiss or purport to consider this privacy interest but ultimately conclude it’s not as important as everyone else’s interest to not be distracted. When professors shrug this off and force the student to deal with it, they discount the impact of outing students with disabilities. They shift the responsibility on someone else, in this case the individual with the least amount of power. Instead of acknowledging this, professors say things like, “I’ve done this for several years and no one has complained.” They assume it must be working. Wrong. It fails to take into consideration the student-professor power dynamics as well as collateral damage between students.

Consider legal education where you have a group of high-performing and academically successful students, tell them that grades are very important to future employment, provide minimum feedback on expected performance, base their course grade almost entirely on one exam, and impose an external curve not tied to individual learning. Now add the “no laptops unless” policy into this already competitive atmosphere. It would be difficult to deny the adversarial impact on students.

If a disabled student does “out” herself and use a laptop, other students can’t help but wonder why she gets to use a laptop and they don’t. It puts the disabled student on the defensive to justify why he or she is the exception to the rule. This is not ok. It reinforces the reality that the “no laptops unless” policy is easy for professors because they don’t have to deal with the fall out.

Absolute laptop policies also seem to contradict what we do in legal education where learning is about acknowledging and analyzing the ambiguities of law, facts, and competing policies. This is what it means to think like a lawyer. Lawyers rarely think in terms of absolutes. The answer to almost any question is, “it depends.”

The same holds true for the question about laptop use in the classroom. It’s not about an absolute ban on laptops or an absolute ban on banning laptops. It is about fostering a good learning environment which is neither one-sided nor static. Instead of imposing absolutes, consider crafting a policy that promotes professionalism, responsibility, accountability. As Professor Kevin Gannon says,“there are no hard and fast rules, nor should there be. Good pedagogy is, above all, flexible.”