We’re a week into 2018 already – time flies when you’re trying to escape the weirdness that was 2017!

Look at the top news stories on the ABA Journal’s recap of last year and you’ll find a lot of Donald Trump tales – James Comey’s firing, the travel ban, his judicial nominees and deregulation efforts, and his pardon of Joe Arpaio. The legality of his Twitter feed even made the Journal’s top legal tech stories of 2017! This doesn’t include the ABA’s ongoing lawsuit against the Department of Education over the Public Service Loan Forgiveness program – which is under further jeopardy as Congress considers ending the program.

That’s a lot happening at the highest levels of government! And it seemed to happen in a news cycle that changed once per every 525,600 minutes of the year.

Our niche, legal education, showed up at No. 8 on the Journal’s list. Charlotte School of Law closed in August under orders from the North Carolina attorney general. Also on the brink of closing: Whittier Law School in California and Valparaiso Law School in Indiana. Nine other law schools got public notice they were out of compliance with ABA accreditation standards, up from three in 2016.

And when you look at the Journal’s most-read posts? Four of the top six were law school-related:

But enough about the Year in Law. We’re here to talk about …

We’re going to confine our standings to stories posted in 2017. The Legal Career Quiz, which is two years old, got nearly four times as much traffic as any other blog post. Our readers apparently love finding out what kind of lawyer they should be.

Other Top 10 overall posts from years past cover practical subjects such as writing thank-you notes, succeeding in your 1L internship, putting your bar status on your resume, and passing the character and fitness test.

However, the top post of the year dealt with a subject that nobody really wants to hear about – especially a month before the summer bar exam season.

1. Nobody wants to fail the bar exam, but it happens – even to Kamala Harris

It might seem, with the headline, that we’re picking on the senator from California. In fact, the genesis for this post was Twitter. When I’d search for “bar exam” in the app, the twitty hate machine always produced tweets mocking her performance the first time she took the notoriously difficult California bar exam. She eventually passed and became the state’s attorney general. So I thought … how hard in fact was that? 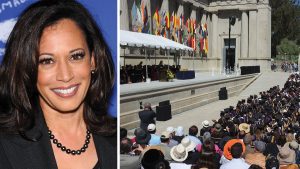 When you look at the data, the answer is: extremely. The pass rate for second-time takers plummeted from nearly 1 in 3 passing in 1989 to barely 1 in 5 in 1990. It takes perseverance to pass on that second attempt, and that deserves respect.

Harris isn’t the only one who went on to great things after failing. But as we found out, future Supreme Court Justice Benjamin Cardozo was not one of those. Numerous articles on bar failers suggested he might have failed as many as six times. Thanks to Cardozo truther Otto Stockmeyer and Benjamin N. Cardozo School of Law librarian Christine Anne George – who went “full librarian” in a quest for justice – we debunked that rumor as truly fake news.

2. Becoming a doctor and a lawyer at the same time

Hat tip to The Florida Bar for connecting with the story of Kimi Swartz. Swartz chronicled her experiences as a product of the MD/JD program at the University of Florida. ” I have constantly been on the go for the last six years,” she wrote, “but the experiences I have had and the rewards for this grueling schedule are far beyond anything I imagined at the outset of this adventure.” 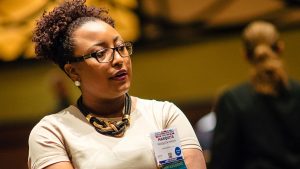 Marquita was on the Law Student Division leadership team for two years. She was full of life, full of potential, full of passion for the law. And then suddenly, shortly after Thanksgiving, she was gone.

This story let our leaders tell us what made Marquita so special. The things they remembered. The work she did and was doing. The joy she brought to the room.

No, this story wasn’t easy to put together. We will miss Marquita. And the profession will miss her as well.

4. The audacity of ‘I Hope’ – 2 law school lessons from the James Comey hearings 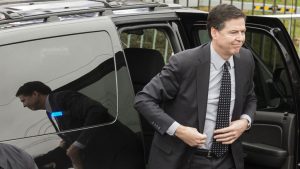 We’re always looking to current events for lessons in law. So when James Comey appeared in front of Congress in June, we paid attention. His prepared remarks garnered praise from Sen. Jim Risch (R-Idaho). “I find it clear. I find it concise, and having been a prosecutor for a number of years and handling hundreds, maybe thousands of cases and read police reports, investigative reports, this is as good as it gets, and I really appreciate that,” Risch said.

The testimony also gave us the opportunity to examine the legal precedents behind the phrase “I hope” – a phrase Trump used twice on Twitter in reference to Comey. And Dan Epps, an associate professor of law at Washington University in St Louis – who continues to possess a functional head – and Adam Liptak, Supreme Court reporter for The New York Times, provided some of the conversation from the record.

Just before Samuel Chang became education director for the Law Student Division, he was testifying in front of the California State Assembly Judiciary Committee about the impact of bar passage rates on law students, legal aid providers, and the public. California wound up keeping its cut score at 1440. Chang wrote in September, “Some argue that California’s high bar passage cut score protects the public from unqualified lawyers. But there’s little to no evidence that higher bar passage cut scores lead to decreased rates of malpractice.”

Guest poster Hank Stout, a personal injury lawyer in Houston, gave practical advice from both ends of the spectrum to students considering the path to law school. “Despite the negative things you may hear or read, I personally love the legal profession, and it has provided me with an opportunity to help others and provide for my family,” he wrote.

“If you are considering law school, I encourage you to talk to someone who does it,” Stout continued. “We lawyers love to talk to those considering following in our footsteps.” 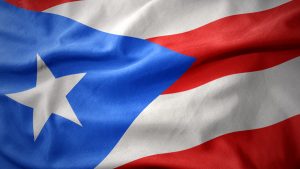 7. Hurricane Harvey: How law students and lawyers can help

The legal community stepped up in the wake of three hurricanes this summer that impacted Houston and Puerto Rico, along with countless communities along the Gulf Coast. Numerous law schools took in students from Puerto Rico’s law schools, giving them the opportunity to continue their education. People are still looking for help, and the ABA is still working on providing it. We’ve even added resources for those affected by the California wildfires. It’s not too late to volunteer!

8. In-house counsel job right after graduation? It is possible!

Franklin Graves, an in-house attorney in Nashville, was part of our Star Wars-themed Using the Force of Your Network panel on May the 4th. That same day, he recounted how he went straight from law school to an in-house position. “What advice would I share with a law student that doesn’t have any existing connections to an in-house opportunity, but wants to become an in-house attorney after graduation? My recommendation is start with an internship in-house,” he wrote. “As an intern, you’re in the best situation to prove yourself, make connections within an industry and position yourself as an invaluable asset.”

We’re looking for the stars of 2018. Several of them are lined up. If you’ve got a story to tell or information on how law students can succeed and law school – and then pass the bar and get hired! – we want to hear from you! Read our guidelines and drop us a line with a topic that’s close to your heart.