While both the legal and university communities are abuzz with all the famous people and top-tier institutions involved, something else caught my eye. The case’s unusual structure stands out for the way federal prosecutors used their powers to aggressively go after what would traditionally have been lower level criminals: parents paying bribes.

In typical federal cases, nailing the kingpin and bringing down the crime ring would be the end of it. Federal fraud cases typically progress from the bottom up, using smaller fish to implicate bigger fish. But here, the Feds flipped the structure upside down and made some unusual prosecution choices:

So why the unusual prosecution strategy?

The case’s unusual choices and structure gives clues to the Fed’s objective and endgame. It must have been clear early on that the case would create widespread public outrage and debate.

In other words, maximum deterrence is the endgame.

300 agents and a team of top federal prosecutors

Operation Varsity Blues began in May 2018 when the FBI stumbled across a tip from the subject of an unrelated securities fraud case. The massive investigation was given high department priority and involved more than 300 FBI agents and a team of Department of Justice prosecutors.

The case is the largest college admission scam ever prosecuted. Parents, as far back as 2011, paid an admission consultant a combined $25 million to help students cheat on admissions tests and get them recruited as athletes when they were not.

Universities implicated in the scam included Stanford, Georgetown, UCLA, USC, University of San Diego, University of Texas and Yale. Although none of the universities are accused of wrongdoing except for an admissions officer at USC.

These types of cases are very difficult to investigate and prosecute

Prosecutors must prove both the criminal act and criminal intent of the parents, university officials and others involved. There are many legal defenses to criminal charges and every element must be proved beyond a reasonable doubt to convict. Recorded calls made with Singer’s cooperation are likely to be critical to the case and proving the most difficult element: criminal intent of the parties.

Why is Felicity Huffman charged with a federal felony? 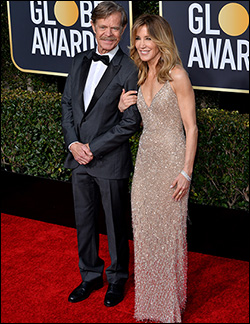 The bribes in the scheme ranged from $100,000 to $6.5 million. Yet Huffman and actor William H. Macy (pictured) are only alleged to have paid $15,000 so their child could participate in a scheme to boost her test scores, which is typically way below what would trigger a federal felony fraud charge.

This arguably excessive charge demonstrates that the Justice Department strategy is maximum deterrence effect. What more effective way is there to gain enormous media coverage than making a very public example of a famous Hollywood actress?

Consequences to those accused have been fast and furious so far

More than 750 parents used Singer’s services, but only 33 have been charged so far. A flurry of subpoenas have been issued and investigations are ongoing. It will take a while to know what the final consequences of Operation Varsity Blues will be. But early consequences for parents charged have been severe: 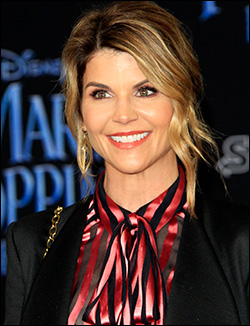 FBI: Investigation is ongoing, more charges may be filed

“Make no mistake, this is not a case when parents were acting in the best interest of their children,” said Joseph Bonavolonta, the FBI’ special agent in charge of the Boston office. “…they flaunted their wealth and set their children up with the best education money could buy, literally. Their actions were, without a doubt, insidious, selfish and shameful.”

The FBI announced that the investigation is ongoing and more charges may be filed. So far prosecutors have not charged any of the students, although they are still considering that option.

“Today’s arrests should be a warning to others. You cannot pay to play, you can’t lie and cheat to get ahead because you will get caught,” Bonavolonta said. “The investigation continues and we will continue to find and stop those who aren’t playing by the rules.”

READ THE FILINGS FROM THE JUSTICE DEPARTMENT: