“Sunlight is the best disinfectant,” said George and Amal Clooney when they launched Trial Watch. They were quoting U.S. Supreme Court Justice Louis Brandeis, who uttered the phrase more than 100 years ago in a Harper’s Weekly article.

But the statement is fitting for the Trial Watch program, which today puts monitors in global courtrooms around the world to ensure that global human rights and fair trial standards are upheld. The ABA’s Center for Human Rights partners with the program to send monitors to high-stakes trials around the world, and you can join the effort.

What is a trial monitor?

A trial monitor is a person—an attorney, a law student, a journalist, or anyone interested in helping to challenge injustice around the world— who attends trials brought against those who are most vulnerable.

Trial monitors complete a training program that was developed by the United Nations and are deployed to a country where important criminal proceedings are taking place. Microsoft has helped develop an app so that the data collected at each trial is relevant, consistent, and able to be shared with legislators, diplomats, journalists, and nongovernmental organizations.

“The goal of Trial Watch is to essentially democratize trial monitoring and make it accessible to everyone,” said Kyle Delbyck, director of the TrialWatch program at the ABA Center for Human Rights. “The program is accessible not just to lawyers who are already working on these issues, but also to the communities affected, as well as individuals who may not have background in the law.” 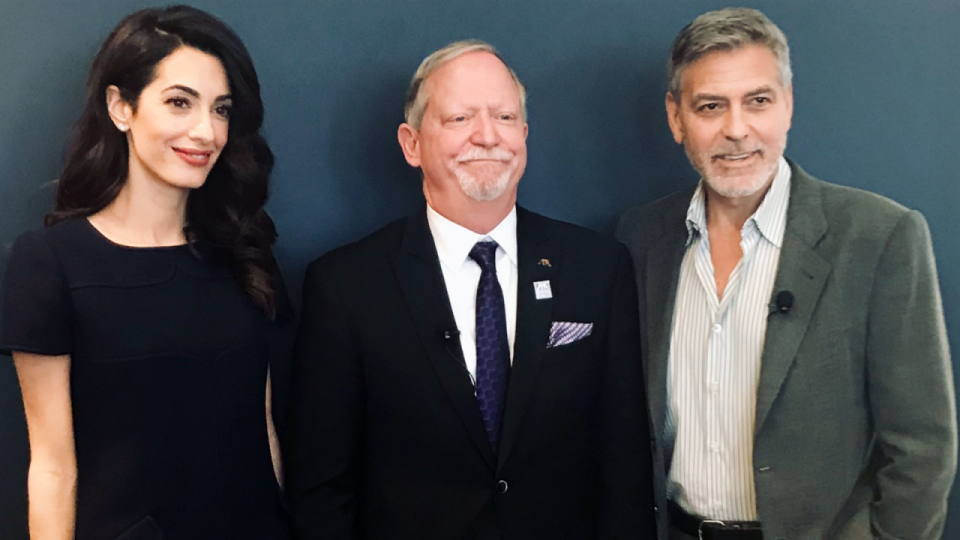 How is the ABA involved?

Since the launch of Trial Watch in late 2018, the ABA Center for Human Rights has partnered with the Clooney Foundation to observe nearly 20 trials.

“Trial Watch is this new, global, large-scale trial monitoring program,” said Delbyck. “Its focus is on criminal trials in which defendants appear to be targeted or harassed and or where there appears to be a significant risk of fair trial violations.”

Delbyck added that there are three categories of trials the group focuses on: trials used to silence speech, those intended to undermine members of the opposition, or those that undermine marginalized communities.

How does it work?

The model is bifurcated. First, the ABA sends monitors to trials, where they write detailed narratives of what they’re seeing in court. Delbyck said who’s sent depends on the case and the country. For example, if a local monitor might face the risk of retaliation, the ABA would send regional or international monitors.

“These monitors are the eyes and ears for us,” Delbyck said. “In many of these courtrooms, there are no trial transcripts. So this would really be the only documentation and sourcing on what occurred in the courtroom.”

The second part of the system is the analysis of the monitor’s notes, where ABA staff and a member of Trial Watch’s expert panel draft a report that assesses fair trial violations and violations of other rights, including freedom of expression or religion. The reports are used by local organizations and are often very helpful in ongoing advocacy campaigns. 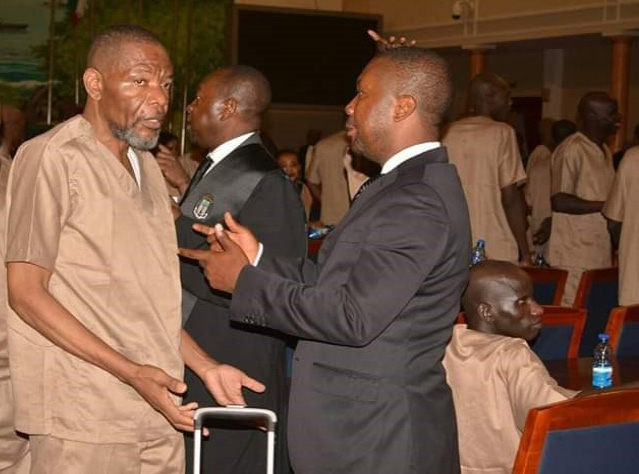 One of the more than 130 defendants charged in a mass trial over an alleged coup plot in Equatorial Guinea speaks with defense counsel.

Viancy D. Ortiz Castro, a visiting scholar at American University Washington College of Law, helped monitor a criminal trial of more than 100 people accused of being involved in an alleged coup in Equatorial Guinea.

“In my opinion, court observation in situations like Equatorial Guinea require great courage without losing sight of the objective of validating the concept of an independent and impartial justice,” she said. “All recommendations as a result of the observation should contribute to the construction of an effective procedural system.”

While monitoring, Ortiz Castro said she analyzed official documentation by both parties and reported on the oral trial hearing and information obtained through informal interviews with both sides. She called the trial “symbolic,” saying human rights and constitutional and legal guarantees of the accused were systematically violated.

Some of the things Ortiz Castro observed included the way the prosecution conducted its case, the way the defendants responded, and the way the president of the court resolved requests, objections, and interventions.

Here’s an excerpt from her notes:

The prosecution was given clear advantage over the defense despite it supposedly being a party on equal terms. The president of the court was hostile to the defense. No one took official notes, and there was no official record of the trial.

“I saw that a criminal case lacking any probative foundation was built against defenseless citizens, and judges without ethics or values sacrificed the social duty of upholding justice to submit to the whim of their ruler,” Ortiz Castro said. “In the absence of a functioning administration of justice, the challenge is to apply, through the mobilization of international and national organizations, the pressure necessary to guarantee due process and the right to a fair, independent, and impartial trial.”

How does this affect justice?

There are generally three different kinds of impacts, according to Delbyck. The mere fact that someone is in the courtroom observing can change the outcome of the trial.

Also, the observer may be the only source of information in the courtroom. The findings from monitoring can lead to litigation and other advocacy strategies.

“There have been several instances where afterward, local counsel or other organizations have informed us that having a monitor in the courtroom contributed to their client receiving a favorable decision, being released from custody, or acquitted,” she stated.

Delbyck herself was in Bosnia for four years. There, she worked on war crime issues, specifically with sexual violence victims. Her experience inspired her to begin working in a program that analyses procedural compliance with international fair trial standards. “It’s definitely a very different lens through which to approach something as opposed to being involved in actual litigation,” she said.

How can you participate?

Interested in joining the effort? Contact the ABA Center for Human Rights, which provides in-depth training on fair-trial principles and the code of conduct in a courtroom by sending an email to Delbyck’s assistant, Morgan Wyrick, at morgan.wyrick@americanba…. Include a short paragraph about your background and interest. The ABA covers all travel costs, hotel and accommodation costs, training, and other costs that may arise, such as visas or interpretation.

“We make sure monitors from all backgrounds are equipped and ready,” Delbyck said. “They know about the case, they know what to look for, and they’re able to enter the courtroom competently and take the sort of notes we need and document violations in a way that’s vital for our reports.”

No need to worry about speaking a foreign language. In many cases, an interpreter is used to whisper interpretation while the trial is going on.

“Anyone can do this,” Delbyck said. “Anyone with a keen eye who’s able to write and is passionate can do it. We’ll provide the training that’s important.”