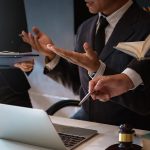 How to be a practicing attorney: Advice from a law firm founder

Sean M. Cleary is a Miami based personal injury attorney and the founder and president of The Law Offices of Sean M. Cleary, which opened in 2005.  Here, he answers a few common questions about practicing law and shares a few insights for future attorneys.